Social Workers and social work students pride themselves on being woke to social injustice, quick to respond to any real or perceived affront: calling out racism; anti-trans actions, the latest affront to Indigenous people; or injustice to women. Strange then that when a piece of legislation was recently passed that was near universally opposed by Canadian disability rights and disabled persons organizations, including BIPOC and Women’s disability organizations, and condemned by two UN Special Rapporteurs on the Rights of Disabled Persons (the UN Independent Expert on the Enjoyment of all Human Rights by Older Persons and the UN Special Rapporteur on Extreme Poverty and Human Rights), not a peep was heard from social workers or virtually any other social justice group.

It is hard to imagine the reaction being so utterly absent if we were discussing any other equity group. No outraged statements, no ‘study days,’ no demands for action…nada. This is not particularly surprising as disability has never been high on Canadian social works or social justice agendas. Yes it gets added to the mantric-like list of equity-seeking groups but more as that poor cousin who gets remembered at the last minute: Maya, Dick, Ranjit, Mary…oh yeah, and Calvin.

Yet Disabled people in Canada are some of the most marginalized citizens in the country. Income levels of those with more severe disabilities were less than half of the population without disabilities, with 28.6 percent working age adults with disabilities living in poverty compared to 10 percent of the general population.[i] People with disabilities are also far more likely to be victims of violence. Canadians with a disability, both women and men, were almost twice as likely to be victims of a violent crime as Canadians who do not have a disability. Women with disabilities and persons with mental health disabilities were particularly at risk of violence.[ii] Add to this poor access to appropriate housing, high rates of institutionalization[iii] and poor access to disability supports, and the general picture of being disabled in Canada is not one conducive to living a full and meaningful life. So exactly what was the issue which caused such outrage amongst disabled persons, if not the rest of Canadians?

Bill C7, An Act to amend the Criminal Code (medical assistance in dying), was necessary, or so the Minister of Justice told us, to respond to the Quebec court decision in Truchon that declared the “reasonably foreseeable death” criteria in current MAiD legislation unconstitutional. I say “so we were told” because in fact this was a constructed ‘crisis.’ In virtually any other circumstance the Federal Justice Minister would have appealed the Quebec judgment to the Supreme Court for a final decision at the same time he was appealing the ruling on Indigenous school funding, but despite pleas from numerous disability organizations, he chose not to. In fact it is questionable whether the Quebec court decision would even apply outside of Quebec, but the opportunity to continue to advance the MAiD juggernaut and appease the well-funded and well-connected MAiD lobby was too hard to resist, so C7 was introduced.

While the main purpose was to remove the reasonable foreseeability clause—a clause which disability rights groups saw as the only meaningful safeguard left in the MAiD regime—the Senate took it upon themselves to expand the Bill even further by amending it to include—within 18 months—mental illness as the sole underlying condition. Back in the House, the Liberals rejected a number of amendments but chose to keep the mental illness sunset amendment, extending the timeline to two years and promising to study how to implement it safely as a sop to the many who opposed the inclusion of mental illness.

The inclusion of mental illness was in fact studied in detail by the federally mandated independent expert review by the Council of Canadian Academies, which could not reach a definitive conclusion on whether this could be done safely. It should also be noted that the original MAiD bill required a review of this and the issues of inclusion of mature minors and advance directives within five years—it has been well past five years and no review has happened. So we now have one of the most liberal MAiD regimes in the world with only Belgium and the Netherlands coming close. People with mental illness who declare their suffering unbearable will now be eligible for euthanasia in two years with only a ninety day reflection period. Canada appears to have found its solution to the crisis in access to mental health supports.

While mental illness raises a host of concerns and questions ,this is not the only concern of the disability community. Disability is the only group who can access MAiD without actually being ill as the eligibility criteria includes “have a serious and incurable illness, disease or disability.” So, switch “disability” for “indigeneity” or “gender diverse” and think about how disabled people feel about this. The main concern of the disability community is that MAiD—a dignified death—will be a substitute for providing the supports necessary for a dignified life.

There have now been a number of cases that seem to support the concern that people with disabilities are opting for MAiD rather than to live a life they consider dehumanizing and incompatible with a life of meaning and quality.[iv]

Archie Rolland died by AD in 2016. A press report at the time noted: “It’s not the illness that’s killing him, Rolland said in a series of emails with the Montreal Gazette. He’s tired of fighting for compassionate care.”[v] M. Truchon, plaintiff in the Quebec case, noted it is the nature of the care he is being offered which is, at least in part, behind his suffering: “At a news conference…Mr. Truchon had an assistant read a statement explaining that he couldn’t face the prospect of life confined to an institution.”[vi]

41-year-old Sean Tagert, a man with ALS, died by MAiD in August of 2019. He was quite explicit that his reason for choosing assisted death was his inability to secure sufficient home care funding in order live a life he considered worth living.[vii] All he wanted was to remain in his home which had the necessary adaptations and to be able to spend time with his young son in their home.

The testimony of Québécois Jonathan Marchand to the Senate Standing Committee on Legal and Constitutional Affairs powerfully sums up the situation many disabled persons find themselves confronted with:

“I was prepared to do anything to get out of this medical hell, but just like Jean Truchon, I was denied the home care support that I needed. I complained to the highest instances. I was told that it was a political issue as living in the community with the necessary support is not a right in Canada. After two and a half years in the hospital, I ended up in a long-term care facility…I gave up and sank into depression. I was ashamed to live in this ghetto. Without humanity and freedom, life no longer has any meaning. I regretted having refused euthanasia. I simply wanted to live with my partner, work and have a normal social life. I wanted to die.

…I discovered that about 70% of people with severe disabilities live in institutions in Quebec. The others cling to living at home, but often find themselves also isolated. Many have committed suicide or have accepted euthanasia to avoid suffering my fate. My disability is not the cause of my suffering, but rather the lack of adequate support, accessibility, and the discrimination I endure every day…Why is it so hard to be seen and heard when we want to live?”[viii]

Over 15,000 people between the ages of 18 and 64 live in nursing homes and seniors facilities, mostly people with disabilities.[ix] The failings of our long term care system is well documented, but even in the best of circumstances these are not suitable homes for younger people with disabilities. There is no reason inherent to their disability that anyone with a disability cannot be supported in a suitably adapted home. The reason younger people are institutionalized is based not on best practices or the needs or desires of the individual, but on outdated policy and financial constraints. Access to community supports, even if sufficient supports are available, is usually met with significant delays. Over 1.5 million persons with disabilities in Canada aged 15 years and over had an unmet need for an aid or device.[x]

Add to this the generally negative view of disabled lives held by health care professionals and the risk to their lives increases. A recent study out of Harvard which surveyed 714 practicing US physicians found that 82.4 percent reported that people with a significant disability have worse quality of life than nondisabled people. They note “these findings about physicians’ perceptions of this population raise questions about ensuring equitable care to people with disability. Potentially biased views among physicians could contribute to persistent health care disparities affecting people with disability.”[xi]

Certain streams in medical ethics are often explicitly hostile persons with disabilities. This is most evident in certain strains of Utilitarian ethics. Singer’s views with regards to disabled persons, moral status and the ethics of euthanasia are perhaps best known.[xii] He is far from alone however. One of the key concerns from the disability community is the equating of disability directly with suffering. John Harris writes “where we know that a particular individual will be born ‘deformed’ or ‘disfigured’…the powerful motive that we have to avoid bringing gratuitous suffering into the world will surely show us that to do so would be wrong.” He goes on to state that in the case of severe disability “we should give them a humane death by legalizing euthanasia in such cases.”[xiii]

While the expansion of MAiD has been motivated by a desire to end suffering and respect autonomy, in doing so we have created significant risk to persons with disability. The legal debate on MAiD has always been one of finding the balance between respecting an individual’s right to decide how they end their lives and protecting the vulnerable. That balance has now shifted to a dangerous imbalance that creates extreme risks that people with disabilities will now die not out of a desire to end their lives but out of desperation or despair from a lack of supports which would allow them to live the best life possible. They will increasingly be victims of a world that views their lives as less valuable, as ones of inevitable suffering and not worth living.

So the question is: are we willing to sacrifice the lives of disabled citizens to ensure a broad right for the majority population to access MAiD, when and how they choose? Embrace a neo-liberal notion of individual autonomy regardless of the cost? Current Canadian law has passed a point where safeguards can protect disabled persons. It is no longer hyperbole that we are at risk of uncritically heading to a place where the phrase ‘better dead than disabled’ becomes an underlying, if unspoken, driver of policy and practice. It is time Social Work and social justice advocates took their commitment to social justice beyond rhetoric and take the oppression of disabled people seriously.

[iii] Submission of British Columbia Aboriginal Network on Disability Society (BCANDS), Council of Canadians with Disabilities, DisAbled Women’s Network Canada, Inclusion Canada, and Vulnerable Persons Standard to the Human Rights Committee. On the List of Issues Prior to Reporting for Canada to be adopted during the 132nd Session of the Human Rights Committee (28 June to 23 July 2021). May 21, 2021. https://tbinternet.ohchr.org/_layouts/15/treatybodyexternal/SessionDetails1.aspx?SessionID=2466&Lang=en

[xii] Booth K. What I learned about disability and infanticide from Peter Singer. Aeon https://aeon.co/ideas/what-i-learned-about-disability-and-infanticide-from-peter-singer. Accessed May 29, 2019.

Faculty, In the Media

Event Highlight, In the Media 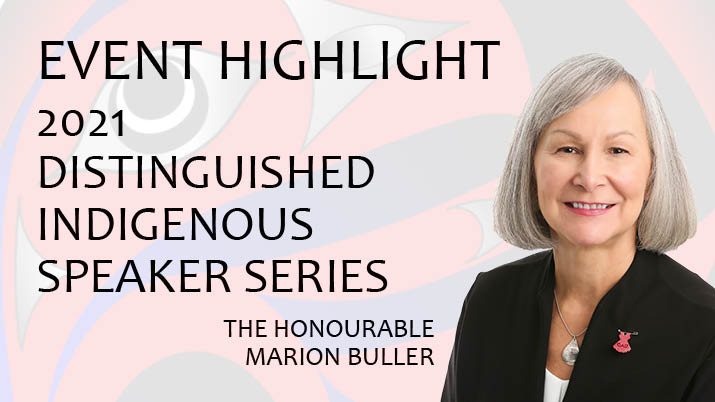