Dear Friends of the UBC School of Social Work, 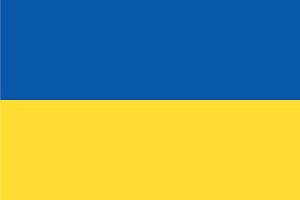 We are all deeply saddened and frightened by the war launched by Putin against Ukraine. It seems the world has not yet learned the dangers of violence and aggression and so the people of Ukraine are left standing against a giant war machine intent on land and resource grabs. As the Dalai Lama recently noted, “Our world has become so interdependent that violent conflict between two countries inevitably impacts the rest of the world. War is outdated – non-violence is the only way (Feb 28, 2022).”

However, as the Dalai Lama also notes, “We must not lose hope.” We must remember our shared humanity and to keep believing that peace and dialogue are possible even in these challenging times. As a profession committed to peaceful resolution of conflicts, we know that it is not enough to passively reflect on  peace. As Martin Luther King Jr reminds us, “Those who love peace must learn to organize as effectively as those who love war.” We urge you all to stand with the peaceful peoples of the planet, to join the tens of thousands of Russians protesting against Putin and war, and to stand with the peoples and communities of Ukraine. We also urge you to support each other in these troubling times and to bring our skills of leadership, dialogue, mediation and conflict resolution to the service of those in need across our beautiful planet.

Throughout March, CENES will host a weekly Listen-and-Share drop-in for students affected by the war in Ukraine, Mondays, 2pm-3pm, in Buchanan Tower 997. Laura Harvey, an MSW counselor from Arts, will be joining Ukrainian and Russian colleagues as hosts.

On behalf of the UBC School of Social Work,

Towards Health Equity in the LGBTQ2S+ Community