Another report for the pile while six people die each day

This submission to The Social Lens: A Social Work Action Blog was a collective effort, written by a number of frontline workers who are concerned about inactivity on the current crisis. Originally published in The Mainlander, November 4, 2022.

On November 1, after four months of consultation & deliberation, a provincial committee released a report titled Closing Gaps, Reducing Barriers: Expanding the Response to the Toxic Drug and Overdose Crisis. In response, individuals and organizations have responded in unison to express disappointment, and call for what is truly needed to address the poisoned drug supply underpinning the overdose death crisis: a predictable and regulated supply of drugs accessible to all within a prescriber model and beyond.

In July, the BC legislature came forward to request public feedback on the drug toxicity crisis response. The next month, it announced that 10,000 lives had been lost to the illicit drug supply since 2016, when it was formally declared an emergency.

Four months after opening the consultation portal, the all-party Select Standing Committee on Health released its long-awaited report to the legislature on November 1, 2022.

The result was another disappointment. While not every recommendation is flawed, the report obscures the issue of a poisonous drug supply, and recommends nothing outside of the status quo. The Minister of Mental Health and Addictions, Sheila Malcolmson, stated the committee report re-affirmed the BC NDP’s current guiding framework – the same framework that currently leads to six deaths per day in the province, and other serious consequences of the emergency.

The report is filled with seemingly deliberately ambiguous recommendations that “engage” rather than order, are “rapid” with no timelines, and create “frameworks” with no regulation.

The report deceptively utilizes the label ‘safe supply’ by having its definition fit a political analysis, rather than what the community has used it to demand. The committee highlights their “robust” debates, done mostly in-camera, making this report feel like a learning exercise and not a crisis response.

To be clear: we need an accessible, predictable, and regulated supply of drugs at a dose that people actually use. Now. We need politicians and public servants with the political will to make bold changes in that direction.

Overall, the report makes no recommendation that strays from the status quo. It takes no risks in supporting organizations and communities doing work outside of regulatory frameworks. The sole risk the report seems comfortable in taking is the continued risk of lives lost to the poisoned drug supply, while leaning into assessments and research.

This report and its recommendations replicate the same tiresome do-nothing-hope-for-better strategy well-worn by the majority BC NDP government. People who use drugs across the province are stepping up to build their own systems of safe supply, risking surveillance, discrimination and criminalization. As communities grieve thousands lost to this preventable public health emergency, the province’s latest report fails to respond with the urgency that is needed.

Collectively, we are disappointed that the provincial government asked an exhausted and grief-stricken population to provide free consultation on the overdose crisis in exchange for hope, just to continue on its current path. The current path will not save lives. The chief coroner will continue to announce tragic numbers of deaths by the poisoned supply.

If you wish to add your name or organization to the list, email Tyson Singh: tsa154@sfu.ca. 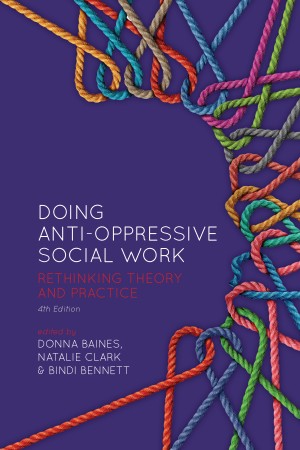